Caleb is an eight year old boy living with autism. He faces daily challenges and difficulties most of us will never have to deal with. The youngest of three children, Caleb’s meltdowns were testing the family unit and their ability to cope. After learning about Assistance Dogs Australia, his mum Heather attended a PAWS class, applied for an Assistance Dog, and was accepted onto the waiting list. A year later a special dog named Holly entered the family’s world…

The transition of Holly into the family’s life was quick. They look upon this beautiful dog as the missing piece of the puzzle. “She represents a common bond for us. Caleb is happy to ‘share’ Holly with his two siblings and all three children really love throwing a ball together for her in the garden,” says Heather.

Caleb believes he and Holly share a secret language. He explains that he knows what she is thinking and feeling through her expressions, her licks and her movements. His special connection with her, in turn, helps him correct his behaviour.

One week after Holly’s arrival, she moved into Caleb’s room to sleep.  It was then that Caleb began staying in his own bed and stopped getting up during the night. Now each evening, Holly ‘puts Caleb to bed’, stays with him until he is asleep and then settles down on her own bed.

Holly acts as a channel of communication to Caleb, especially for his parents. Requests and instructions that were previously met with anger and meltdowns, are now defused by Holly. Once upon a time, an instruction to get dressed would have signalled a yelling match, now items of clothing are delivered to Caleb by Holly, creating a fun, stress-free vibe and a willingness on his part to enter into the game and please her at the same time.

Similarly, Holly carries Caleb’s battery-operated toothbrush to him and a situation that, in the past, would quickly escalate to anxiety and meltdowns, is now filled with laughter. Bringing Holly into the equation has improved everyone’s mood, and no one cares about a wet dog mouth on the toothbrush handle!

This amazing dog accompanies Caleb everywhere — family holidays, the shopping mall, the shower… Yes, Holly possesses the Labrador obsession with water, and loves nothing better than to watch and listen with fascination as Caleb showers, admirably resisting the temptation to jump in and join him. This also has the added benefit of encouraging Caleb to shower just to keep Holly happy!

A final word from Heather: “Our life has truly changed for the better. Holly is absolutely the perfect dog for our family; any other dog really would not have been right for us.”

Your donation will go towards the training and development of our Super Pups and to developing our growing programs servicing the community. 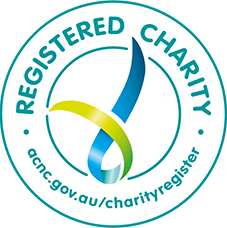